The films by Carmen Kordas, now living in New York City, added depth and tension to both “Dream Streets” and “House of Solitude.” Especially in Prestini’s work, the constant subtle shifts in the video propelled the art visually in conjunction with the music.Dufallo also performed a selection from his début solo album “Dream Streets.” He told the audience he was inspired by the idea that “you get your best thinking done at three in the morning walking home after a gig.” Out of the sixty minute collection, Dufallo played five movements including: prelude, automaton, carillon, cosmic clouds, and waiting for you.These works for electronic violin never lose those the sounds that listeners love about the instrument. 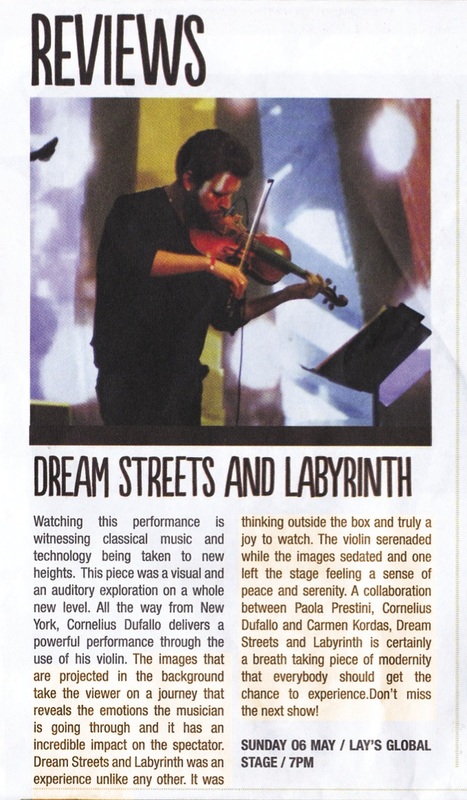